Official Launch of the Centre

President Michael D. Higgins will deliver the inaugural lecture to launch the UCD Jean Monnet Centre of Excellence in the New Political Economy of Europe in UCD on March 28th, 2019, 6pm. 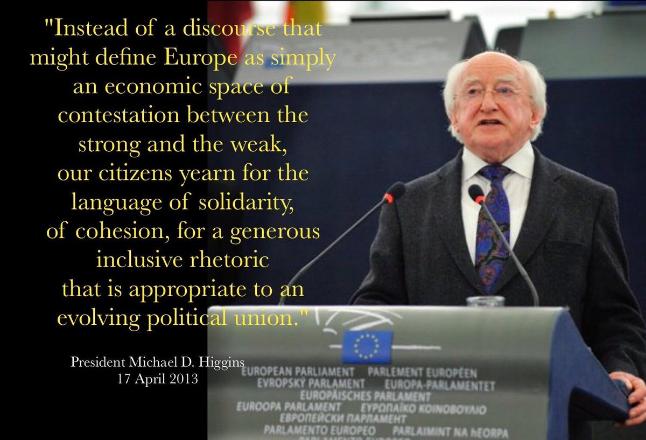 The centre is structured around the New Political Economy of Europe project, which aims to advance teaching and research through the study of democratic legitimacy, economic governance, and protest and politics across the EU. The role of the Centre is to enhance understanding of the new political and economic realities of the European Union, and to widely disseminate the fruits of that research to a wider audience.

President Higgins has spoken on numerous occasions about the challenges and possibilities of the European Union. In his speeches, the President has said that the EU’s founding principles represent “the triumph of idealism over cynicism” and that those principles merit active defence at a time that they are threatened by “increasing inequalities in income, wealth, power and opportunities.” The President has also said that the Union’s smaller states must make their voices heard and take a leading role in deciding the future of the bloc.

The event will start sharp at 6:20pm with an official welcoming of President Higgins to UCD. Following President Higgins' address, a reception will be held between 7:30 and 8:30pm. Guests are requested to arrive at 6pm.

If you wish to attend the event, please email Dr Aidan Regan (aidan.regan@ucd.ie)