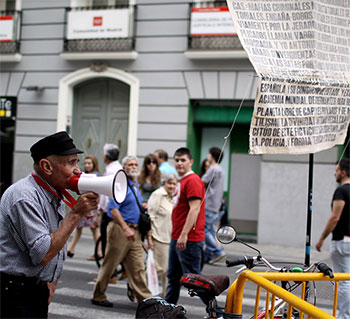 UCD’s Dublin European Institute (DEI) is the oldest and largest university centre for research on European politics in the Republic of Ireland. It was established in 1990 as the Centre of European Economic and Public Affairs (CEEPA), which in 1998 was designated a Jean Monnet Centre of Excellence by the European Commission. Two years later, CEEPA was replaced by the Dublin European Institute within the University's Faculty of Interdisciplinary Studies. The DEI has been part of the UCD School of Politics and International Relations since 2005. After 2008, and during the financial crisis, the DEI was wound down. However, it remained a vibrant network for EU scholars in UCD to cooperate and develop partnerships for grant applications.

In 2018, the DEI was once again designated a Jean Monnet Centre of Excellence by the European Commission. Our new focus is to develop a Centre of Excellence in the “New Political Economy of Europe” (NPEE). We intend to ask difficult questions about the future of European integration (see research themes), and to turn the DEI into a global centre for research in European political economy, whilst creating a Euro-Irish hub for research and teaching on the new challenges facing the European political economy.